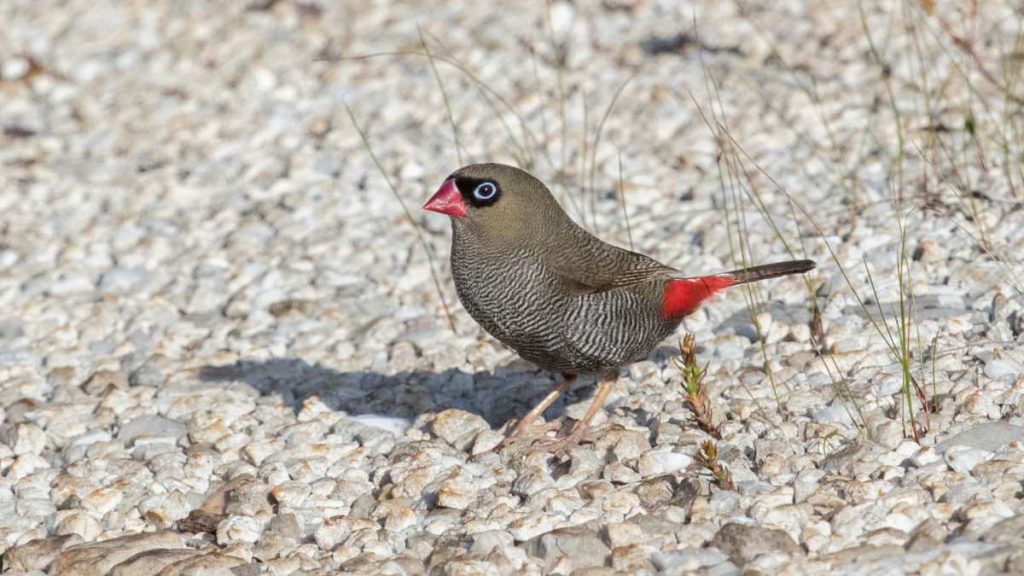 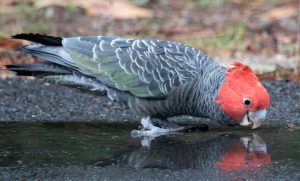 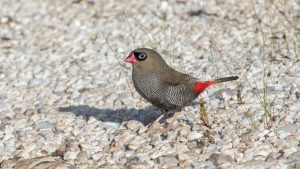 Read More »
Every time you see this bird, it's special. At least, in my experience.
Bird of the Month Beautiful Firetail February 2022

Header image of a Beautiful Firetail by Jack Winterbottom.

The first time, many many years ago, I was setting out on the Wilderness Coast Walk from Frenches Narrows at Marlo, all the way to Mallacoota over 10 days. I had some international guests with me. On the land side of the primary dune, amongst tussock grasses, a flash of red caught my eye. Raising binoculars I could not believe my eyes. So exquisite! The red tail and bill were just the beginning of the glory – the fine barring on the back and breast shimmer.  Amongst the silvery grasses, on the palest cream-coloured sand, the effect was just superb.

I’ve never seen them on the dunes again, though I’ve looked many times.

Another time, years later, Roger Smith and I were in the rainforest at Smellie’s Inlet, a little indent in the Mallacoota Top Lake. I heard the distinctive whistle, and watching so quietly and carefully, eventually found them. This time they were amongst the spikerushes on the damp swampy flat.  Ideal habitat.

Yet another time was along Duncans Road, well north of the Mallacoota Inlet – there they were, hopping about in the dry scherophyll forest!  It was heathy in patches, but no so much at that exact location.

Then more recently, just before the Mallacoota Birders Big Weekend in March 2020 – at Dowell Creek, in the thick Lilly Pilly rainforest. That was an emotional moment – my favourite bird, in my favourite rainforest – both survived the Black Summer megafires.

Really, the locations and habitats could not be more different. ABG says they are never far from fresh running water, and most often in sedgelands, heathlands and heathy woodlands. They eat seeds, usually from she-oaks, tea-trees but also some grass seeds.  Watch these lovely videos of Beautiful Firetails feeding, by KathyNMark: https://www.facebook.com/100004041071314/videos/pcb.1375888419536504/656706412108348

They are generally quiet, and a bit secretive. Except for that brilliant flash of scarlet as they fly, you can easily miss them.

I find knowing their call helps a lot. It seriously sounds like a toy whistle. But it’s often soft and hard to hear.

You can pick a juvenile from their plainer plumage and black bill, which becomes red. Females and males are very similar, though females tend to have a smaller black belly patch.

LISTEN TO THE CALLS and scroll through to see lots of great pics here: https://ebird.org/species/beafir1?siteLanguage=en_AU

Location: coastal Victoria, South Australia and NSW as far north as Sydney. In Tasmania they are seen across the island, even inland.